No, You Don’t Need To Make a Good Impression

Can you spot a fake?

Some people earn their living by distinguishing between the true and the false. Antique experts assess the value of old, hidden items and deem them as treasure or trash. Detectives examine evidence and suspects to get to the truth of situations. Curators distinguish genuine art from forgeries.

Most of us aren’t full-time experts in these fields, but we all have a certain talent for detecting authenticity in others.

We can tell when someone is putting up a front. We have a hunch about the honesty of others. Most of the time, we know if someone is being genuine or not.

If they’re not, we dismiss them. We put little value on what they say and do.

If they are, they hold the potential to dramatically impact our lives.

But authenticity doesn’t just affect the likelihood of others impacting us. Authenticity opens the door for us to impact others.

If you want to positively affect the lives of other people, start by being genuine.

I read an article once that said if you want people to open up to you, tell them something about yourself.

Now, when I teach, I use a lot of self-disclosure from the beginning. I spend a good part of my sessions telling people about my childhood, that my 88-year-old father still lives in the house I grew up in, that I grew up in a home where I was loved which shaped my psyche, and now for me, I always see the glass as irrevocably half-full.

My favourite color is blue and I loath mushrooms.

I want people to get to know me because I want the persona people see in class to be the same as someone would see at dinner or in the hall. I know if I want to have a chance at impacting the people in a class, I have to start by being genuine.

What Happens Without Authenticity

But not everyone portrays their authentic self. In fact, some people earn their living portraying someone else… Queue actors.

In the 1920s one of the most recognisable individuals in the world was Charlie Chaplin. 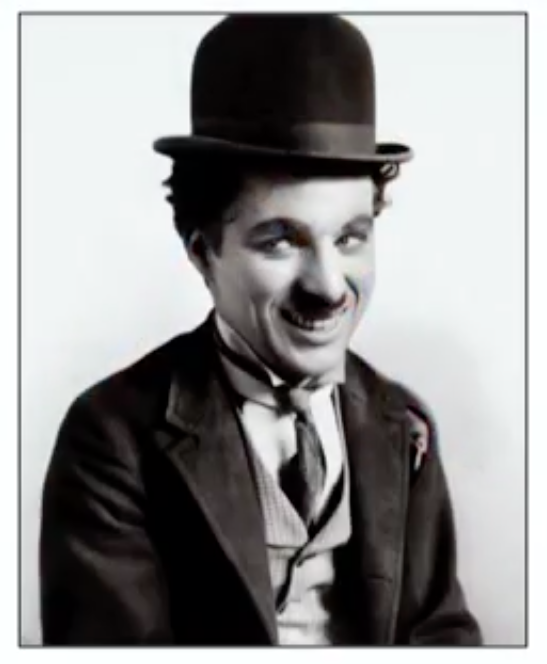 People from around the world knew him from his silent movies. As the story goes, he was walking down the streets of Paris, France when he passed a theatre holding a Charlie Chaplin look-a-like contest. So, Charlie Chaplin himself entered the contest.He came in third.When he tried to talk to the people and convince him he was the real Charlie Chaplin, they didn’t believe him!

The persona they saw on screen was so different than the person in front of them. His genuineness did not come through.

See, only when we’re honest, authentic, and genuine can we hope to impact others.

I learned a mantra from Joseph Grenny long ago that I now say before each lesson I teach, “Lord, help me to bless and not impress.”

Don’t aim to make a good impression — aim to be genuine.

Practise authenticity. Without it, we can’t expect to make much of a difference in the lives of others.