The Downside of Dialogue and Teamwork

Sometimes we’re convinced of ideas that just aren’t that good.

Because sometimes the people doing the convincing are great — and not in the sense of “great at manipulating”. They’re actually great people!

They’re intelligent, charismatic, or exceptionally skilled and most importantly, we trust them. We overvalue their opinions and let them sway our judgement. It happens when we buy celebrity-endorsed products, take action after reading a compelling testimonial, and even as we sit across from a boss we admire.

It’s called The Halo Effect. Even if we have reservations about the idea, our judgement is clouded by our positive perception of the other person.

In these situations, we need unbiased reasoning, but how do we overcome this powerful subconscious phenomenon?

The Downside of Dialogue

At Crucial Dimensions, we teach dialogue is the best way to produce results. But sometimes, conversations can cause more harm than good. Sometimes, gathering everyone in the room and creating enough safety to exchange ideas isn’t the best pathway forward. 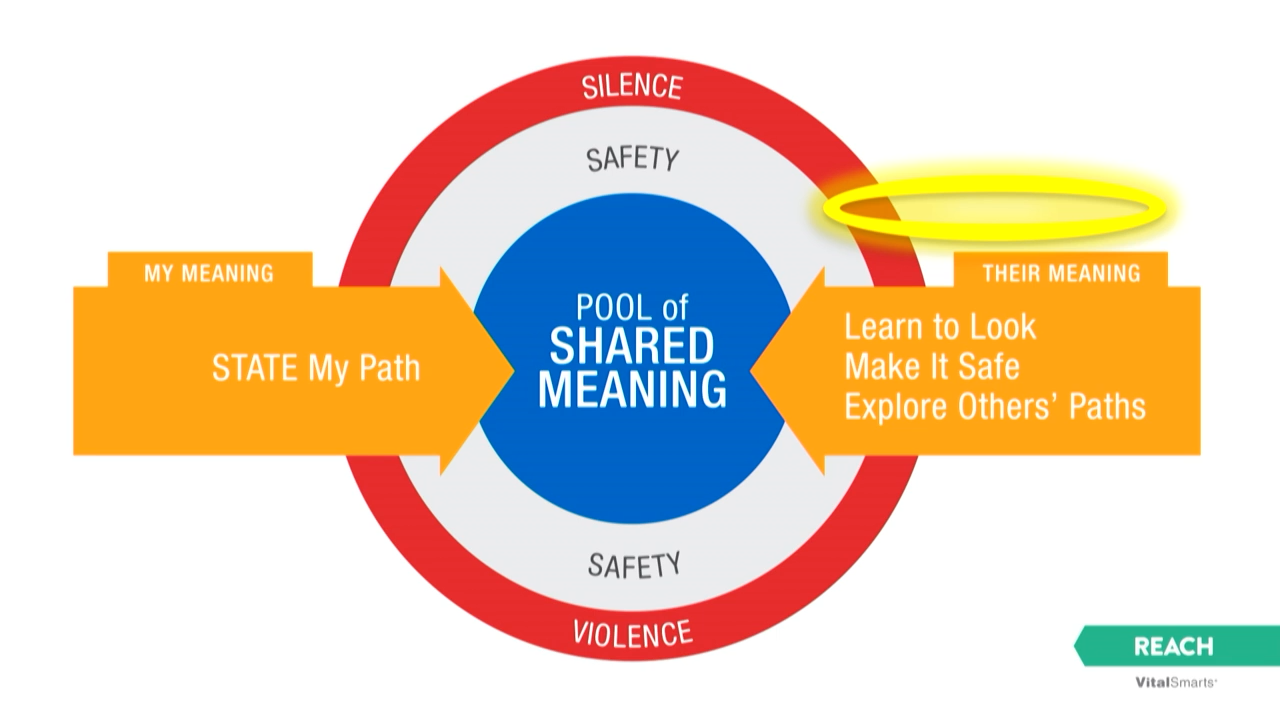 How to Find a Missing Submarine

In the 1960s, a submarine called The Scorpion disappeared in the North Atlantic Ocean. The US Navy searched for its wreckage for months but couldn’t find it anywhere. Then, one of their chief scientists had an idea.

He asked scientists from different places with different backgrounds and various expertise to estimate where they thought this submarine landed. Then, he took their estimates, averaged them, and came within 220 feet of the submarine.

It’s like the Coins in a Jar phenomenon. Fill a jar with coins and have a group estimate how many coins are inside. Individuals won’t do well. But if when you average a group of estimates, it gets pretty close. And the more people who guess, the closer the average gets.

But, one study showed that when the people talk about their estimates beforehand, the group IQ goes down. In essence, the more individuals are influenced by the opinions of others, the less accurate they become as a group.

When people discuss their ideas, they influence each other and come to similar conclusions. At times, it’s best if we’re not influenced.

Daniel Kohneman, a Nobel Laureate in Economic Sciences, coined a term for the idea of collecting independent judgements: Decorrelating Error. To overcome the Halo Effect, he suggests collecting judgements from individuals, not the group as a whole.

Imagine running meetings this way in order to make decisions that are less biased. Here’s how it works:

1. The leader provides people with the relevant background information.

2. People make their own conclusions and write them down.

3. Then, they come to meetings and submit their written decisions.

4. Now, the leader has a collection of opinions unaffected by the conclusions of others.

5. The leader makes a less-biased decision.

When to Decorrelate Error

At Crucial Dimensions, we usually recommend dialogue. We want to gather people to the pool of shared meaning and create a safe place for them to share their ideas. Then, we expand our group IQ. But there are instances where we need something else.

So, when should you choose to decorrelate error rather than approach a situation with dialogue?

1. When all relevant background information is available to the individuals — They need access to all information necessary to make a judgement.

2. When there are big personalities, powerful bosses, or charismatic co-workers that may be affecting dialogue through the halo — When you see people swaying the opinion of others because of the merit of their own personality rather than the merit of their ideas, it’s time to try a different approach.

A Fresh Set of Eyes

We believe in dialogue. Through dialogue, we can strengthen results, make fantastic decisions, and get more buy-in. It revolutionises our teams, our relationships, and our organisations.

But we also need a fresh set of eyes to see when the power of dialogue is being diminished by the effects of a halo. Decorrelating error is now one more arrow in your quiver for making the best decisions and moving to action — whether you’re looking for a submarine, meeting about a high-stakes issue, or working with someone who just wears a big, bright halo.