How to Help Others Take Responsibility for Their Actions

Wouldn’t life be easier if people held themselves accountable?

Holding others accountable takes a lot of work. You have to create rules and consequences and then prepare for all possible loopholes.

Plus, if you hope to have a long-term relationship with the person you’re holding accountable, it can get sticky. You don’t want to harm the relationship, but you still need people to take responsibility for their actions.

When we find a way to connect with someone emotionally, we open the door for them to take responsibility for their actions. When people own their choices, they have the opportunity for real change. These are moments of disproportionate influence that can change the trajectory of their lives.

But how do we get there? How do we create a space where we can connect with someone in a way that leads to self-motivated change?

No one knows how to do this better than a man who’s been on the front lines of accountability conversations: Jim Sporleder. He’s not just an expert, he’s a hero.

Heroes are the people running into the burning building when everyone else is running out.

Mr. Sporleder is a principal at an alternative high school in Walla Walla, Washington. He “ran into” Lincoln High School when there were 1000 reportable incidents per year. That’s about four per day.

These aren’t minor offences — these are gang fights, assaults, and drug use.

In Mr. Sporleder’s four years at Lincoln High School, things have changed. The way he’s held his students accountable has produced a much different outcome. The incidences have dropped by about 60% during his tenure.

To explain how, he described this recent incident…

Three boys are brought into Mr. Sporleder’s office by the School Resource Officer. He’d found them behind the gym smoking pot. As the officer approached the boys, they had tossed the weed aside. So, when he brings the students into the principal’s office, he pulls Mr. Sporleder over to the side to let him know that he doesn’t know who had the drugs.

Mr. Sporleder walks out to the meet the boys — including Amelio, pictured here — and decides to be completely open about the situation. 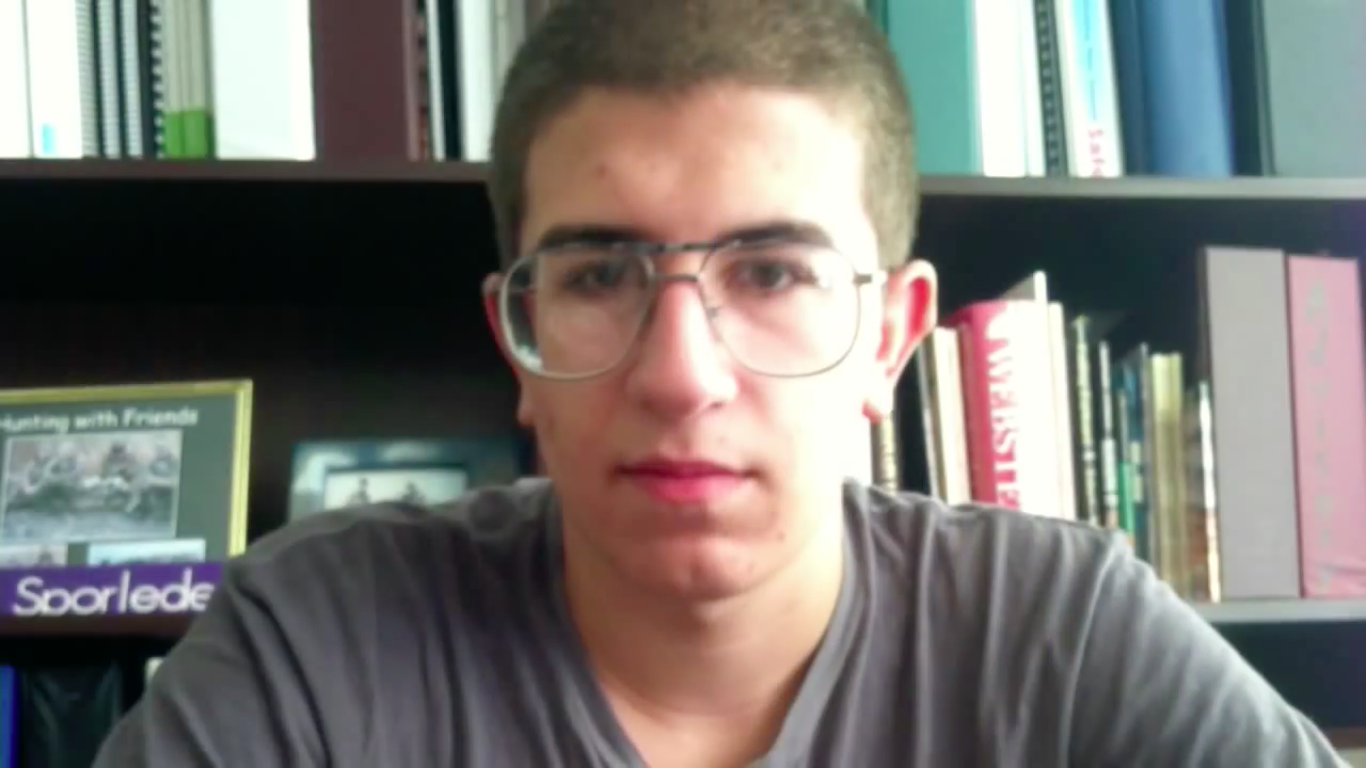 Mr. Sporleder tells them, “We don’t know whose marijuana this was. I’m not going to play games about that. We can’t hold one person accountable for that.”

Amelio raises his hand, “It was mine” (a sign that something different is going on here at Lincoln High).

Sporleder invites Amelio back to his office — here’s the accountability moment.

What should he say first?

So, what does he do? He first attempts to make Amelio feel safe.

Amelio’s eyes open wide. Amelio wasn’t expecting that question — he was expecting, “Shame on you. You broke the rules and here are your consequences.”

Mr. Sporleder sits back in his chair. He knows the importance of understanding his 170 students — he knows that Amelio has been through seven different foster homes in the past seven years. He knows that Amelio finally landed on the doorstep of his grandmother about a year ago and now is forced to go to a new high school where he knows nobody.

So he says, “Wow. I know a little bit about your situation — and that’s a lot of stress to carry. I wonder if the marijuana is a little about that. Did you smoke dope this morning?”

“Did you smoke last night?”

“Do you usually smoke at school?”

“I can understand why you do that, carrying that much stress around. What’s causing the nine?”

“About six months ago, my grandmother’s house burned down. She and I ran out when the smell of smoke woke us up. But my older sister was stuck in the house and died. A month after that, my stepfather beat my younger sister to death. I wasn’t there to protect her.”

By this point, Amelio is sobbing.

Mr. Sporleder says, “I can’t imagine how you could carry all that stress. We can get resources to help you. I think you’re using the marijuana to help you cope. Would you like for me to help teach you some other ways to manage that?”

As Amelio was taken to juvenile detention, Mr. Sporleder did what he always does — he waited about two hours, then showed up at the detention centre to make sure he was okay.

It’s evidence of how that conversation went that the only thing he needed was a hug from the man who sent him to detention.

Remember the three principles: because Amelio feels safe, he embraces the truth, which leads empathy and taking responsibility.

The consequences still exist. Amelio still received the mandatory 35 days suspension for having drugs in school and went to juvenile detention as the law prescribes. But it’s effect on him was completely different.

This is how Amelio describes his experience:

I was suspended for a couple of days. I figured it was good time to think about why I was doing the things I was doing. I wasn’t angry at all towards [Mr. Sporleder.] He cares for his students and cares for me and I appreciated it. I just wanted to think about how I was affecting people around me by doing the things I was doing. I didn’t really like it so I wanted to change it the best I could. I didn’t tell myself, ‘I shouldn’t have gotten caught! I should have been smarter!’ I figured it was a good time to stop smoking weed altogether and it’s been a while actually since I have.”

How’s it going for Amelio? He just graduated — and during his last few months of high school, he added evening classes to learn welding.

He applied for the National Guard as a way to get into college and earn a degree. That one moment of accountability with Mr. Sporleder changed the trajectory of Amelio’s life.

These accountability moments have disproportionate influence. When we connect emotionally and establish a safe environment, people will show up differently to those conversations. When they feel safe, they’ll embrace truth, the truth will lead to empathy, and the empathy can lead to taking responsibility.

As leaders, trainers, parents, and mentors, we have the opportunity to influence others.

As you enter accountability conversations, create a safe place where you can connect emotionally and lay the groundwork for real change to take place.

It’s in moments of safety and connection that people really do begin to hold themselves accountable.

It’s in those moments that we help change the trajectory of those we love in a positive way.